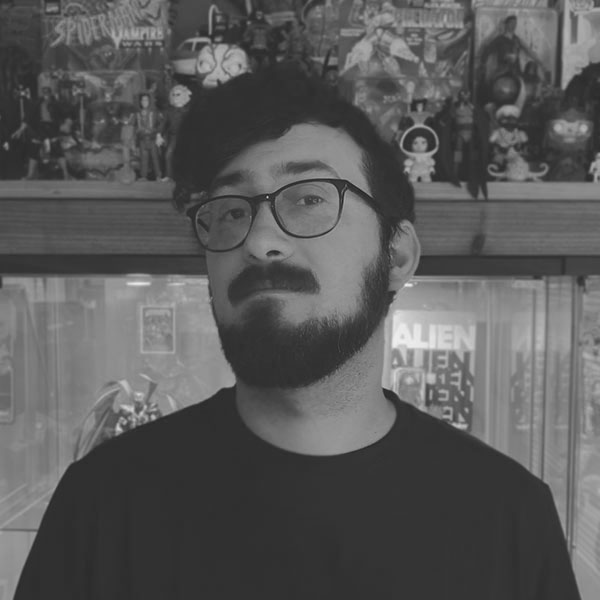 Chris has an education in Trad Graphic Design and Art history and started his career through the smartphone revolution.

Understanding and embracing the ever-changing digital spectrum in software and hardware, he has over 14 years experience in a wide range of digital outfits: from Creative designer outputs such as branding, illustration and motion graphics, to systematic UXD covering system design, app and web-design. With a hands-on approach, Chris leads from the font, inspiring and mentoring a growing design team, while spearheading large pitch to delivery.

Over the last month Chris has been experimenting with the most recent AI art software, comparing his traditional process of idea generation and inspiration against the new recent AI software workflow.

As well as comparing his own work against the algorithm, this talk asks questions such as, is craft dead? is creativity first to go with automation? And can a tool thats designed to save time and aid the process replace the human from the process all together?